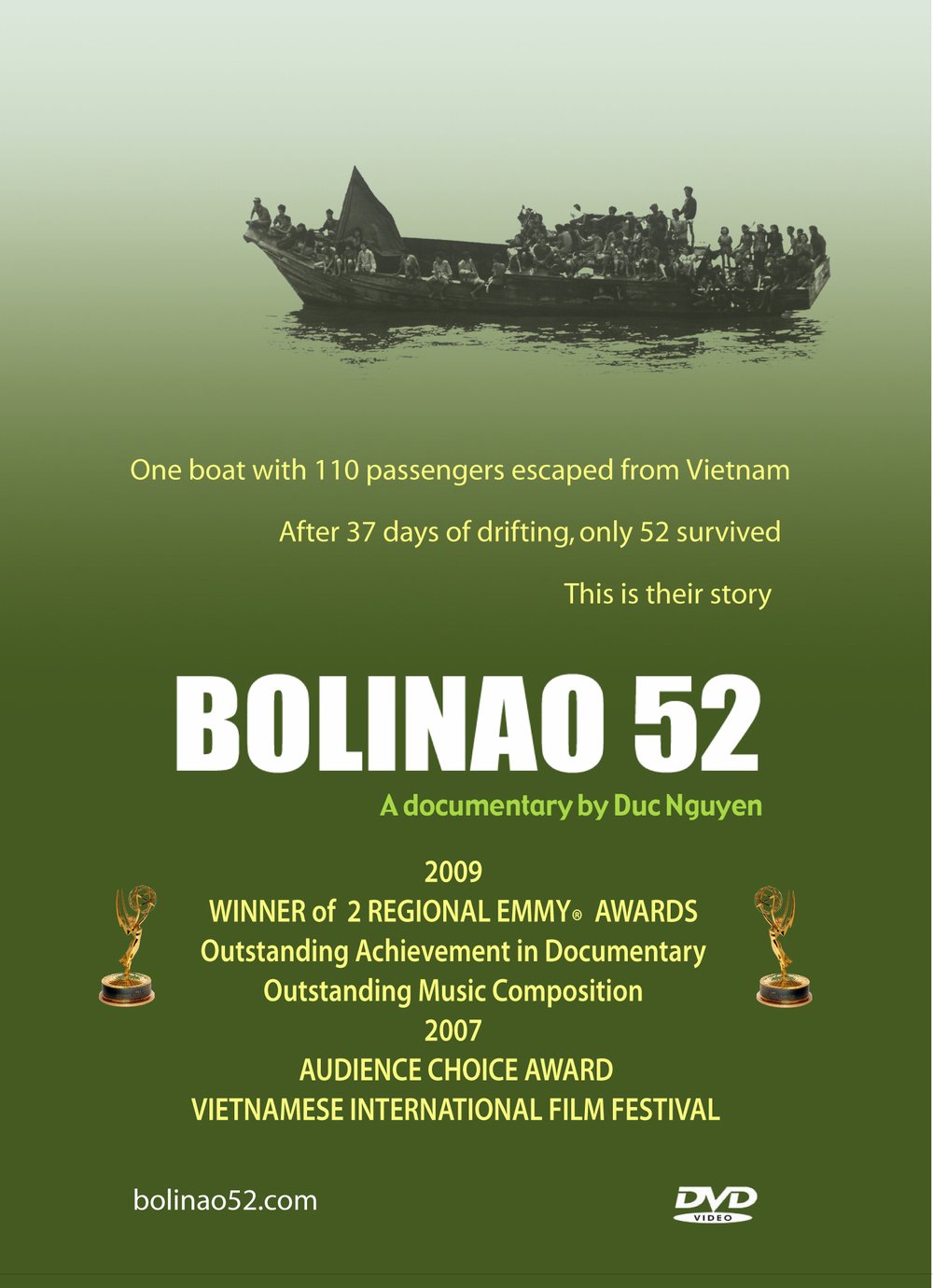 Winner of 2 Regional Emmy Awards for Outstanding Documentary and Outstanding Original Soundtrack, Bolinao 52 tells the story of an ill-fated boat escape of 110 refugees from Vietnam. After 37 days at sea, only 52 survived.

While the notion of closure has become one of American culture's most banal cliches, "Bolinao 52" earns its catharsis, because the subjects have lived with the pain for so long they're ready to let some of it go. In telling the story of one boat, Nguyen is hoping that he'll ease some of the burden of many who survived the South China Sea passage.
Andrew Gilbert
San Jose Mercury News